Know-it-all career switchers don’t need to sit through that introductory psych lecture. The College-Level Examination Program, administered by the College Board, offers a chance to earn course credit at 2,900 two- and four-year colleges. The 34 subjects include educational psychology (recognized by some states, including New York, for teacher certification) and human development (for nursing degrees). The exams are taken by some 150,000 students a year, more than half of them adults. Test your psych smarts with the sample CLEP questions below. Answers at bottom.

1. The science of psychology is typically dated from the establishment of the late-19th-century Leipzig laboratory of:
a. Hermann Ebbinghaus
b. Hermann von Helmholtz
c. William James
d. Wilhelm Wundt
e. John Locke

2. Carl Jung is associated with which of the following concepts?
a. inferiority complex
b. need for achievement
c. collective unconscious
d. self-esteem
e. self-actualization

3. Erik Erikson’s and Sigmund Freud’s theories of personality development are most similar in that they both:
a. emphasize the libido
b. focus on adult development +c. discount the importance of culture
d. are based on stages
e. view behavior as a continuum

4. Which of the following kinds of therapy attempts to correct irrational beliefs that lead to psychological distress?
a. behavioral
b. cognitive
c. existential
d. gestalt
e. psychoanalytic

5. Which of the following has been identified as correlating most closely with heart disease?
a. anxiety
b. physical overexertion
c. guilt
d. muscle tension
e. hostility

6. An obsession is defined as:
a. a senseless ritual
b. a hallucination
c. a delusion
d. an unwanted thought
e. a panic attack

2. According to behavioral psychologists, which treatment would be most likely to extinguish disruptive behavior in preschool children?
a. threatening to isolate them right after such behavior
b. ignoring them so they do not receive the reinforcement they are seeking
c. hitting them back so they understand how it feels
d. discouraging them but not punishing them
e. reasoning with them and explaining that their behavior is wrong

3. According to psychoanalytic theory, which mechanism (and attitude accompanying it) would be most important for working out a healthy solution of a little boy’s Oedipus complex?
a. identification with the father (“I am like Daddy.”)
b. object-choice of the father (“I love Daddy best.”)
c. identification with the mother (“I am like Mommy.”)
d. object-choice of the mother (“I love Mommy best.”)
e. projection onto the mother (“Mommy loves me best.”)

4. Which of the following infant measures best predicts childhood I.Q.?
a. performance on the Mental Scale of the Bayley Scales of Infant Development
b. speed of habituation and dishabituation to visual stimuli
c. age in months at which the child begins walking and talking
d. percent of time spent in REM sleep
e. birth weight

5. Carolyn tripped on the carpet and fell. When she got up, she looked at her mother, who was laughing, and she laughed, too. This is an example of:
a. empathy
b. sympathy
c. social referencing
d. display rules
e. semantics

7. Which of the following grammatical morphemes would a child be likely to acquire last?
a. articles (“a cookie”)
b. plural (“two cookies”)
c. present progressive (“I walking”)
d. simple past (“Joey walked”)
e. contraction (“that’s Joey”)

9. Research on children without siblings reveals that they:
a. have lower levels of self-esteem
b. demonstrate lower levels of pro-social behavior
c. do better in school
d. are less popular with peers
e. are less emotionally secure

1. Learning is best defined as:
a. development that occurs without external stimulation
b. overcoming obstacles during instinctual behavior
c. effort that is persistent, selective and purposeful
d. modification of behavior through experience
e. gathering of data to test hypotheses

2. A student has to memorize a long list of nouns for a contest. Which is the best strategy to enhance recall of the words?
a. grouping the words by semantic category
b. spelling each word
c. sorting the words by length
d. writing out each word’s definition
e. determining the presence or absence of a target sound in each word

5. Parents of responsible adolescents are most likely to be:
a. autocratic
b. authoritarian
c. authoritative
d. permissive
e. enmeshed

6. Longitudinal studies of cognitive abilities during middle and later adulthood indicate that which of the following is most likely to decline with age?
a. speed of performance
b. size of vocabulary
c. wisdom
d. quality of verbal reasoning
e. visual memory 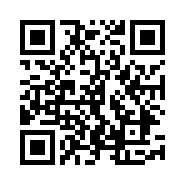