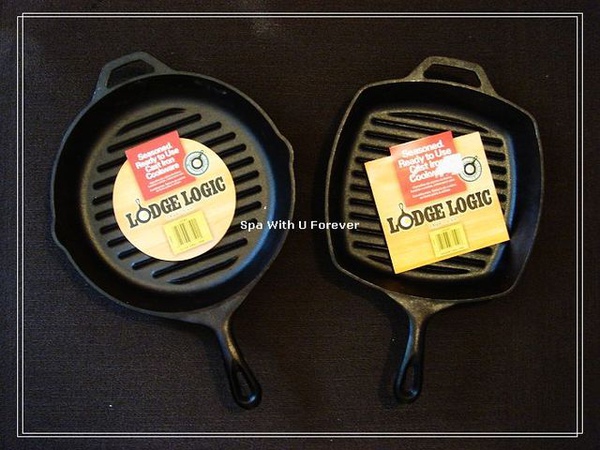 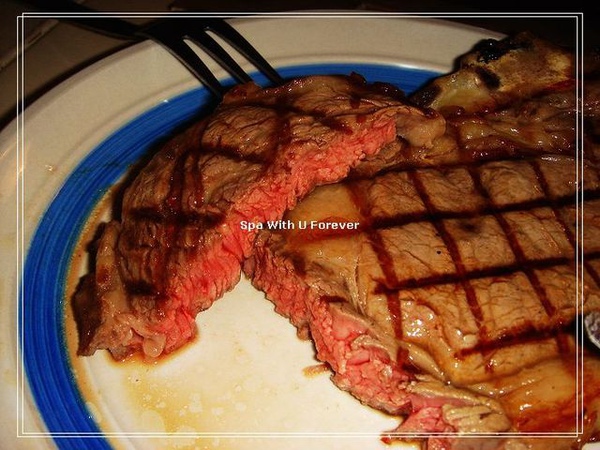 Preheat your pan before preparing your meal. Water droplets should sizzle, then roll and hop around the pan, when dropped onto the heated surface. If the water disappears immediately after being dropped, the pan is too hot. If water only rests and bubbles in the pan, it is not quite hot enough. NOTE: Do not pour large amounts of cold liquid into your hot skillet. This can cause the cast iron to break. Never forget your potholders! Cast iron pan handles get HOT when cooking!

There is a trick to maintaining cast iron cookware and that trick is known as "seasoning" or "curing." Your food will never stick to the bottom of the skillet or pot and the iron will not rust if it is properly seasoned. Plus the cast-iron cookware cleans up easily as well. Seasoning or curing cast iron means filling the pores and voids in the metal with grease of some sort, which subsequently gets cooked in. This provides a smooth, nonstick surface on both the inside and outside of the piece.

NOTE: All new (not old pots) cast-iron pots and skillets have a protective coating on them, which must be removed. American companies use a special food-safe wax; imports are covered with a water-soluble shellac. In either case, scrub the item with a stainless steel scouring pads (steel wool), using soap and the hottest tap water you can stand.

If the pan was not seasoned properly or a portion of the seasoning wore off and food sticks to the surface or there is rust, then it should be properly cleaned and re-seasoned. Seasoning a cast iron pan is a natural way of creating non-stick cookware. And, like you cook and clean the modern non-stick cookware with special care to avoid scratching the surface, your cast iron cookware wants some special attention too.

Every time, after I use my cast iron skillet, I do the following: 1.Let the pan cool. Wash it with dishwashing soap and water. Never soak or let soapy water sit in the pan for any length of time. Rinse thoroughly, then dry with paper towels. A lot of people disagree with using dishwashing soap and water to wash cast-iron pans. A chef told me that if a health inspector ever found a pan that had not been washed with soap and water in his kitchen, he would be in trouble. Plus the grease that is left behind will eventually become rancid. You do not want rancid oil in your foods and body. NEVER put cast-iron cookware in the dishwasher. 2.Place the cleaned cast iron pan on the heated burner of your stove for a minute or two to make sure that it is bone dry. While the pan is still hot and on the stove burner, lightly oil inside of pan (I mean a light coat) with a neutral cooking oil. Neutral Oils - Use vegetable oils (canola, sunflower, etc.), shortening (like Crisco shortening) or lard for seasoning your cast iron pans. I recently experimented and found out that food-grade coconut oil/butter also works great. 3.Leave pan on the hot burner of stove for a few minutes. Remove from hot burner and wipe excess oil off the pan with a paper towel. 4.Store your cast iron cookware with the lids off, especially in humid weather, because if covered, moisture can build up and cause rust. Be sure that you place a couple paper towels inside to make sure that any moisture that forms will be absorbed by the paper towel. Never put the utensil in the dishwasher or store it away without drying it thoroughly.
If your food gets a metallic taste, or turns "black", it means one of two things are wrong. Either your pot has not been sufficiently seasoned, or you are leaving the food in the pot after it has been cooked. Never store food in the cast iron pan as the acid in the food will breakdown the seasoning and take on a metallic flavor.

If your old or new cast iron pans gets light rust spots, scour the rusty areas with steel wool, until all traces of rust are gone. Wash, dry, and repeat seasoning process.

If too much oil or shortening is applied to a pan in the seasoning process, it will pool and gum up when the pan is heated. In this case, the goo can be scraped off and some more grease rubbed over the spot, or the pan can be re-scrubbed and reseasoned. Heating the pan upside-down may help prevent gumming but protect your oven by using a foiled-lined baking sheet or aluminum foil to catch the grease. Seasoning at higher temperatures, approaching the smoking point, of the oil used will result in darker seasoned coatings in less time that aren't sticky or gummy.

You can cook almost any food in cast iron.

＊ Acidic items like tomato sauces will be darker from iron leaching out, but many people with iron deficiencies do this for extra iron in their diet.

＊ Never store acidic products in cast iron. In fact, never ever use your cast iron pots for storing any foods.

＊ It is not recommended that you use your cast iron as a pot for boiling water. Some people say that the hot water will remove small bits of oil from the surface which will then be found floating around. Water breaks down the seasoning and can cause your cast iron to rust. NOTE: I have some trouble with this statement, because I use my cast iron pots for making stews and spaghetti sauces all the time, and I can find no damage to my pots. You be the judge on this!